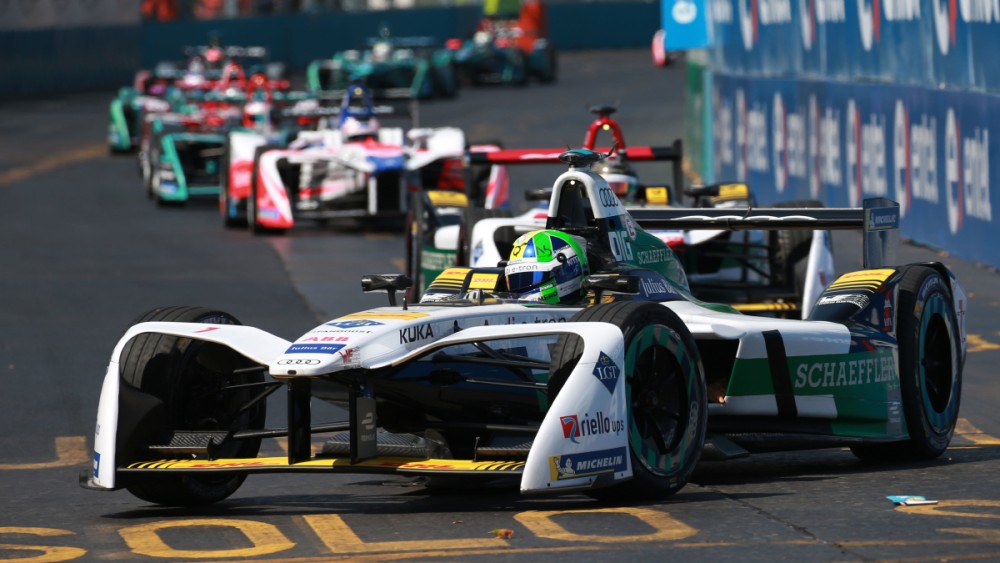 Audi Sport ABT Schaeffler is traveling to Mexico for the next round of the 2017/2018 ABB FIA Formula E Championship (March 3). About a year ago, the team impressed with strong fightbacks at the same venue.

On its tour of Latin America, Formula E is stopping in Mexico for race five in Mexico City, a metropolis with a population of 9 million. Formula E will race on a 2.093-kilometer configuration of Autódromo Hermanos Rodríguez. The Grand Prix circuit boasts a unique stadium atmosphere.

Mexico City is on the Formula E calendar for the third time. Team Audi Sport ABT Schaeffler has fond memories particularly of the race last season. Both the subsequent champion, Lucas di Grassi, and his teammate, Daniel Abt, achieved top results from positions on the rear of the grid. In the races held to date this season, the Brazilian title defender and the German have again demonstrated that they are in contention for victory on having posted fast times in qualifying sessions and races.

With three production sites and a total of more than 3,000 employees Mexico is of major importance for Schaeffler Americas. The newest plant was inaugurated in the state of Puebla at the end of 2015 and specializes in the production of torque converters for the U.S. market, among other things. The plant in Irapuato offers a wide variety of components for the Automotive sector.

Suspense galore guaranteed
Twelve races at ten events on five continents – the calendar of the innovative Formula E electric racing series is as extensive this season as never before. Three locations – Rome, Santiago de Chile and Zurich – are hosting Formula E races for the first time. The schedule at each event is tight: free practice, qualifying and the race(s) take place within the space of just a few hours.

Since the 2014/2015 inaugural Formula E season, Schaeffler, with its commitment in Formula E, has been emphasizing its position as a pioneer in electric mobility on the race track as well. Ever since the technical regulations were opened up for the second season, 2015/2016, specialists from Schaeffler have been responsible for the development of the powertrain in the team’s race car. The current model, the Audi e-tron FE04, includes technology “made by Schaeffler” as well. Together with Audi, engineers from the technology group developed the key component of the vehicle: the motor-generator unit.