Global automotive and industrial supplier Schaeffler increased its revenue to 14.0 billion euros (prior year: 13.3 billion euros) in 2017, growing by 5.9 percent at constant currency. The company’s EBIT margin for 2017 amounted to 11.3 percent (prior year: 12.7 percent). The decrease is primarily due to expenses for the program for the future “Agenda 4 plus One”. Net income attributable to shareholders increased by approximately 14 percent to 980 million euros (prior year: 859 million euros) nonetheless, the highest ever in the history of the Schaeffler Group.

Thanks to the strong second half of the year, the Automotive division has once again grown faster than the market – global production of passenger cars and light commercial vehicles – for the full year. Given market growth of approximately 2.1 percent in 2017, the division has outperformed the market by 3.8 percent. The strong growth of the Automotive division was driven by both Automotive OEM (up 6.5 percent at constant currency) and Automotive Aftermarket (up 3.2 percent at constant currency). The Industrial division has returned to a growth path, with industrial applications especially in the “power transmission” (including electric motors, hydraulics, and transmissions), “offroad” (agricultural engineering and construction machinery), and “raw materials” (raw material extraction and processing) sectors contributing double-digit growth rates.

Klaus Rosenfeld, CEO of Schaeffler AG, stated: “In 2017, the Schaeffler Group has invested more than ever before. These investments, including those under our program for the future ‘Agenda 4 plus One’, secure the company’s continuing profitable growth and value creation. They are also the basis for bringing our EBIT before special items back to its longstanding average of 12 to 13 percent and for achieving the financial ambitions we have set for 2020.”

“We were able to further reduce our net financial debt and thus create additional financial flexibility for the Schaeffler Group in 2017. This is essential to our ability to grow externally in the future, as well,” said Dietmar Heinrich, CFO of Schaeffler AG.

The company is also still consistently pursuing its “One Schaeffler” approach. With one common strategy “Mobility for tomorrow”, a uniform remuneration system, four common values, and one common corporate brand “Schaeffler”. Please refer to the second press release “Schaeffler pushes ahead with key future program” for further details.

Outlook 2018 positive despite imponderables
Despite the imponderables affecting 2018, the Schaeffler Group expects its revenue to grow by 5 to 6 percent excluding the impact of currency translation. In addition, the company expects to generate an EBIT margin before special items of 10.5 to 11.5 percent in 2018. The group also anticipates approximately 450 million euros in free cash flow before cash in- and outflows for M&A activities in 2018.

The Schaeffler Group anticipates that its Automotive OEM division will continue to outperform the global automobile production of passenger cars and light commercial vehicles, expected to expand by about 2 percent, in 2018. Based on this anticipated outperformance, the Schaeffler Group expects its Automotive OEM division to generate revenue growth excluding the impact of translation of 6 to 7 percent (2017: 6.5 percent). This expectation is supported by orders won in the 2017 reporting period, known as lifetime sales, of 11.5 billion euros. The company also expects an EBIT margin before special items of between 9.5 and 10.5 percent for 2018 (2017: 10.8 percent) for the Automotive OEM division.

Based on stable growth in the global vehicle population and a nearly unchanged average vehicle age, the Aftermarket business will continue to grow as well. Based on its own observation of the market, the group expects the Automotive Aftermarket division to generate revenue growth - excluding the impact of currency translation - of 3 to 4 percent (2017: 3.2 percent) and an EBIT margin before special items of 16.5 to 17.5 percent in 2018 (2017: 19.0 percent).

In closing, Klaus Rosenfeld, CEO, said: “We have decided to further accelerate implementation of our ‘Agenda 4 plus One’ with its 20 initiatives in 2018. With this program, we are well equipped to actively shape the challenges of the future. In the interest of our customers and business partners, we want to create value and increase our competitiveness. To do that, we want to and have to become more agile as well as quicker and bolder.”

Our annual report is available at:
http://www.schaeffler-annual-report.com 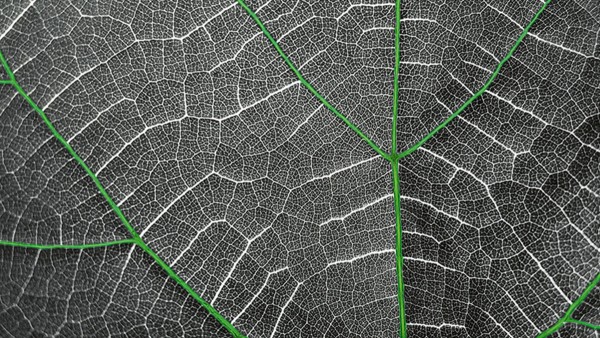