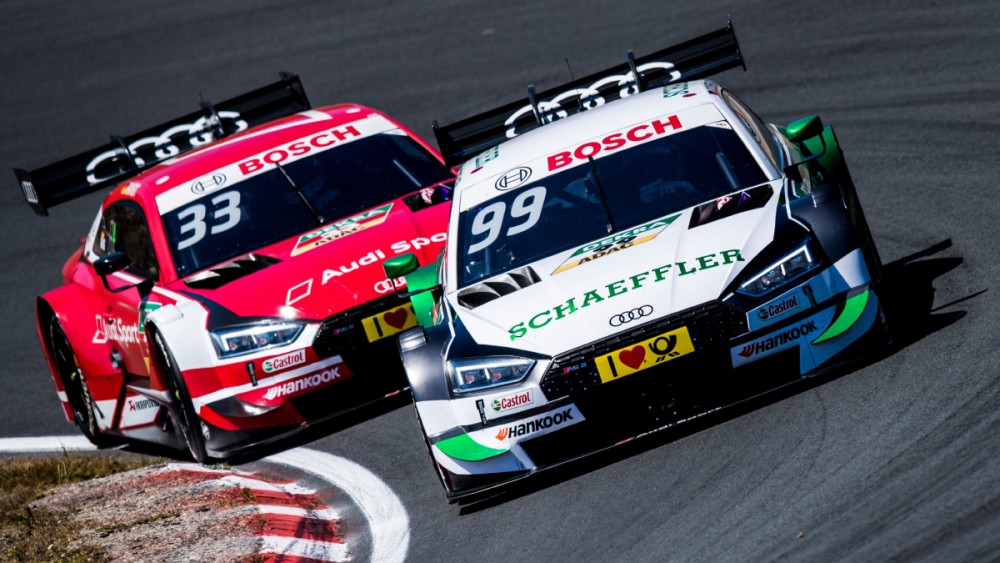 Next weekend (11 to 12 August) the DTM will start to the second half of the season at Brands Hatch. Schaeffler driver Mike Rockenfeller is traveling to England with fond memories.

With the sixth of ten events the 2018 DTM will resume racing after a four-week summer break. Brands Hatch Circuit will host rounds eleven and twelve. The tradition-steeped circuit in the County of Kent in England was previously part of the calendar, in DTM seasons 2006 to 2013, and is now making its comeback to the series.

For the first time, the DTM will race on the full 3.908-kilometer Grand Prix layout as opposed to the 1.973-kilometer “Indy Circuit” used at all previous events. The statistics list Schaeffler driver Mike Rockenfeller as the most recent DTM Brands Hatch winner. In 2013 – driving the Schaeffler Audi RS 5 DTM at that time as well – he initially clinched pole position and went on to cross the finish line in the subsequent race in commanding style as the winner with a more than seven-second advantage. At the end of the season, Rocky crowned himself Champion. In 2018, the 34-year-old Schaeffler brand ambassador has scored one podium finish to date.

Schaeffler is represented in the United Kingdom by Schaeffler (UK) Ltd. At five locations, a total of 1,100 employees produce various components for the international market: from bearings to clutches to mechanical bucket-type tappets. The products are used locally as well, for instance in the “London Eye” Ferris wheel, in the retractable roof of the center court at Wimbledon and in the arch above Wembley Stadium.