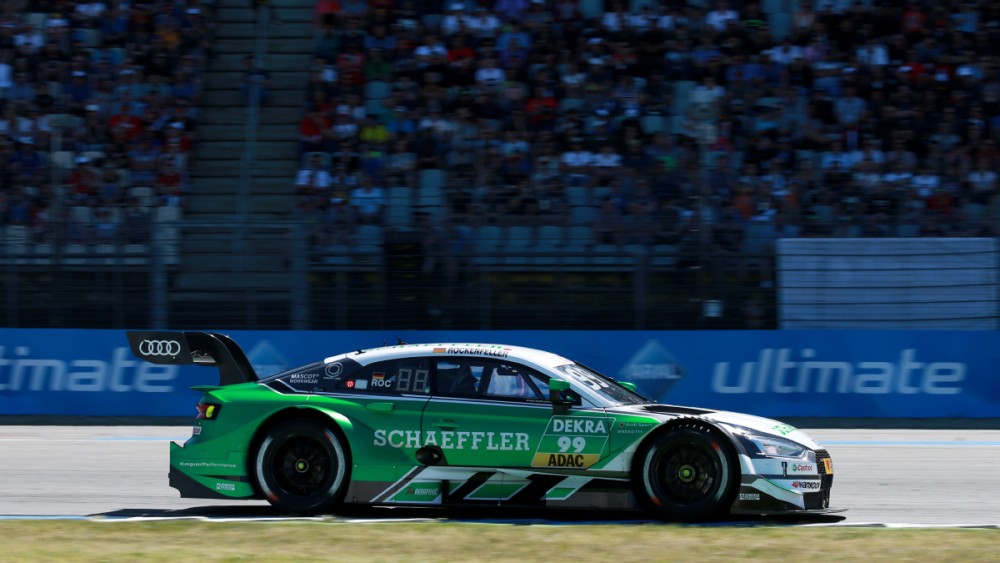 The DTM at the Nürburgring – a constant on the calendar for more than three decades. Next weekend (September 8 to 9) the event will be held again. Schaeffler driver Mike Rockenfeller is traveling to it in good form.

A long tradition, gripping races, frequently turbulent weather, many fans in the grandstands – the Nürburgring is one of the hot spots in motorsport. In the DTM, it has practically been part of the furniture from day one as well. The circuit in the Eifel is the only one to have consistently appeared on the calendar since the DTM’s inaugural season of 1984. Up until 1993, the DTM races were even held on the legendary, classic Nordschleife.

In 2018, the Nürburgring is hosting the eighth DTM event, races number 15 and 16 of the season. They will be held on the roughly 3.6-kilometer short configuration of the Grand Prix circuit. Schaeffler brand ambassador Mike Rockenfeller most recently at Brands Hatch and in the night races at Misano scored four top-ten results in succession, so traveling to the event with confidence. For his team, Phoenix Racing, the Nürburgring event is truly a home round as the Audi squad’s base in Meuspath is located in the immediate vicinity of the circuit.

Schaeffler has been active in the DTM from the very beginning. Together with its product brands the company supports drivers and teams with motorsport and engineering know-how. Since 2011 the technology group has been giving its name to the Schaeffler Audi and celebrated major successes including two title wins. In the DTM, cars with internal combustion engines have traditionally been used. This is a field in which Schaeffler makes an important contribution as well with innovative technologies and products to make IC engines efficient and fit for mobility for tomorrow.