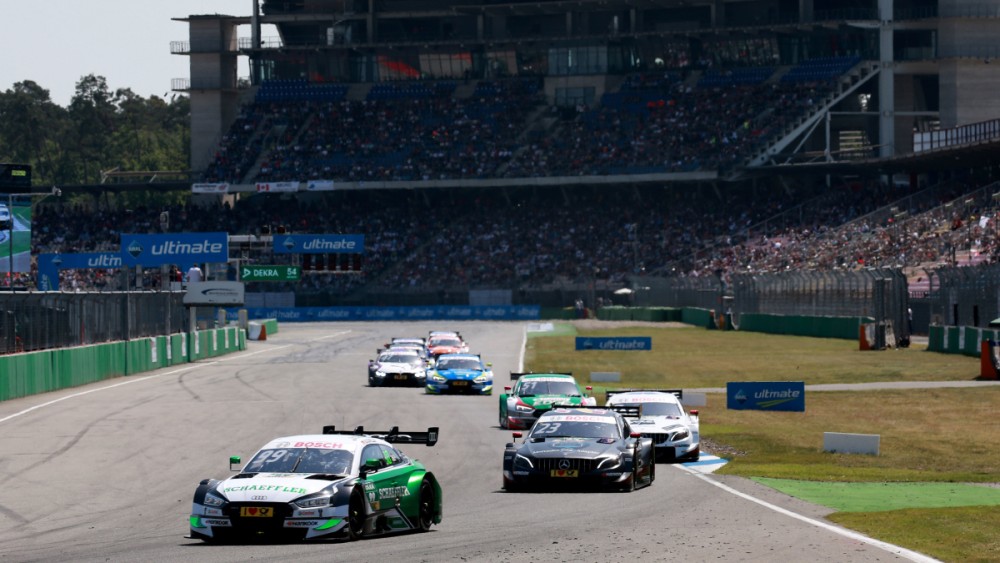 The DTM heads onto the final straight – traditionally, the DTM racing season starts and finishes on the Hockenheimring. This coming weekend (13 to 14 October) the 32nd season of the DTM draws to a close in the Baden-Württemberg Motodrom. At rounds 19 and 20, racing driver Mike Rockenfeller is the hot favorite for a podium spot.

Mike Rockenfeller has scored points seven times in a row at the wheel of the Schaeffler Audi RS 5 DTM. At Spielberg (Austria), the penultimate round of the DTM, the 34-year-old German driver for Audi Sport Team Phoenix secured positions two and eight. This puts the DTM champion of 2013 in a good position to once again join the frontrunners at Hockenheim and bring home another podium result.

The Hockenheimring is one of Germany’s most important race tracks. The first races there took place in 1932. Over the years, the race track was shortened from the original twelve kilometers. The last change was in 2002, with the almost seven kilometer long circuit shortened to today’s 4.574 kilometers. At the same time, the traditional high-speed circuit was modernized, and now features at least three good overtaking opportunities. Once again, rounds 19 and 20 of the DTM season promise plenty of gripping race action.

Long DTM tradition
Schaeffler has been active in the DTM from the very beginning. Together with its product brands the company supports drivers and teams with motorsport and engineering know-how. Since 2011 the technology group has been giving its name to the Schaeffler Audi and celebrated major successes including two title wins. In the DTM, cars with internal combustion engines have traditionally been used. This is a field in which Schaeffler makes an important contribution as well with innovative technologies and products to make IC engines efficient and fit for mobility for tomorrow.