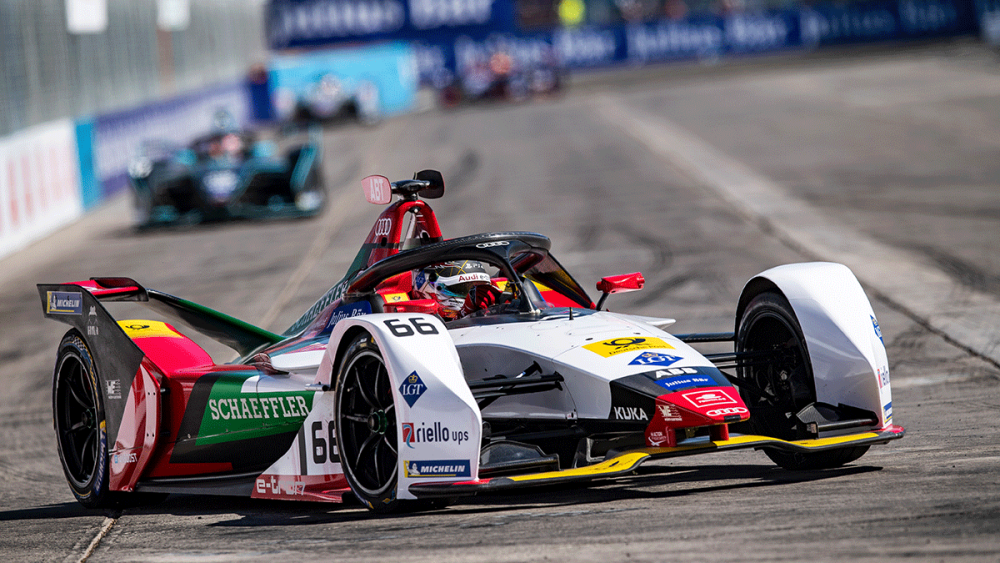 Formula E’s visit to Hong Kong marks the 50th event of the all-electric racing series and thus a motorsport milestone for Schaeffler as well because the German automotive and industrial supplier has been involved in Formula E ever since its inaugural race in fall of 2014. “This was and still is an intensive period of time for us in Formula E and we can be proud of all the things we’ve achieved during this time. And by that I not only mean the eleven victories and two titles for our Audi Sport ABT Schaeffler team but everything that Formula E has achieved as a whole,” says Prof. Peter Gutzmer, Deputy CEO and Chief Technology Officer of Schaeffler AG. Matthias Zink, CEO Automotive OEM at Schaeffler, adds: “The ring to the term electric mobility in the motorsport as well as in the automotive world has changed since 2014. In this unique learning field for mobility for tomorrow, we have been very successfully documenting our expertise as a global pioneer in electric mobility to date.”

In the 2016/2017 season, Lucas di Grassi had won the drivers’ title in Formula E and in 2017/2018, together with his teammate, Daniel Abt, clinched the teams’ title. In the current 2018/2019 season, Audi Sport ABT Schaeffler has scored one race victory to date. Lucas di Grassi most recently won round four of the current Formula E Championship in Mexico City. In Hong Kong, Formula E is now racing for the third time. The circuit in front of the skyscraper skyline in the Asian metropolis runs directly through the harbor-front district.

Schaeffler is one of the co-founders and one of the most notable and successful players in Formula E, which was established in 2014. Schaeffler has been contributing its know-how to the development of the powertrain of Team Audi Sport ABT Schaeffler’s race cars since 2015. In doing so, the company demonstrates its expertise in forward-thinking technologies and presents ideas for sustainable mobility for tomorrow in the innovative electric racing series as well.