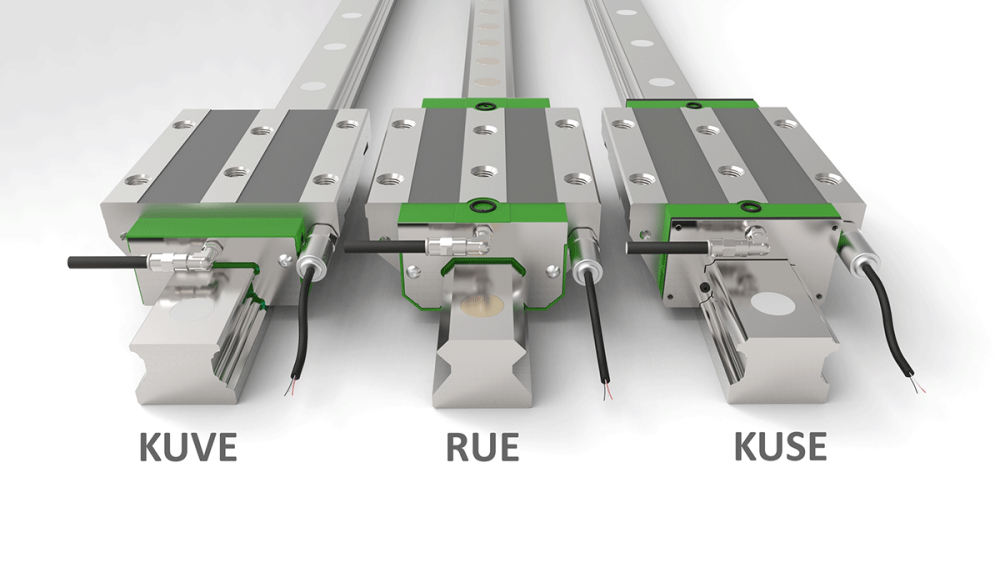 Certain auxiliary equipment is prone to being forgotten once initial operation has been completed – including lubrication systems. If no unexpected failures occur, the lubrication intervals and lubricant quantities that were initially defined generally go unquestioned. In this context, a requirement and load-based lubricant supply – which can be achieved with Schaeffler DuraSense – offers enormous potential for extending machines’ operating times and reducing maintenance costs. The innovative system comprises a guide carriage with sensors that have been specifically developed for this application and an electronic evaluation unit that allows up to seven sensors to be connected for monitoring the guide carriage’s lubrication conditions. During a defined reference run during operation, the lubrication conditions for each guide carriage are continuously recorded from the vibration energy that is emitted, and these conditions are checked against a limit value known as the “lubrication indicator”. If this limit value is exceeded, relubrication takes place.

There are two ways in which lubricating impulses can be triggered. The first is for the evaluation unit to deliver 24V trigger signals for each of the seven channels. The 24V outputs can connected to both the relubrication units and the machine control system. The second option allows the lubrication indicator value to be emitted as a 4-20mA signal for each of the seven channels as an alternative to the 24V signals. Using this variant makes it possible for lubrication conditions to be continuously monitored, the relubrication function to be adjusted with even greater flexibility, and the signal used for further analyses such as future remaining useful life calculations. In addition to the two analog outputs, Schaeffler DuraSense will also feature field bus protocols from the second half of the year onwards. Anybody can then configure the selection of the outputs as well as the type and number of carriages using a new software program.

With Schaeffler DuraSense, both insufficient lubrication and overgreasing are reliably prevented, a lubricant saving of up to 30% achieved at optimum load, and the number of failures caused by contamination reduced. The latter is due to the fact that, if foreign bodies enter the carriage due to contamination or the carriage is contaminated by a liquid medium, lubrication impulses are triggered for as long as it takes for the contamination to be flushed from the carriage. Without this control loop, the linear guidance system would remain in operation with contamination in the rolling contact until the next planned lubricating interval – and would thus suffer corresponding initial damage, perhaps even severe damage.