NEXUS Automotive International honors Schaeffler as its Supplier of the Year 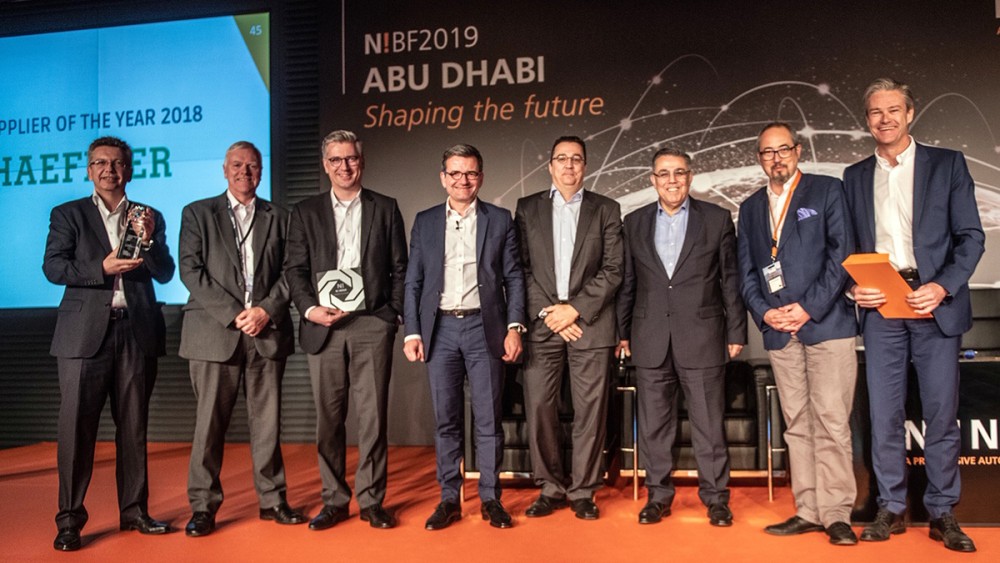 NEXUS Automotive International, a global organization of leading Automotive Aftermarket parts distributors, has named Schaeffler its Supplier of the Year. The award ceremony was held during the NEXUS Business Forum on 5 March 2019 in Abu Dhabi, United Arab Emirates. With the Supplier of the Year award, NEXUS recognizes the successful and trustful collaboration that it enjoys with the Automotive Aftermarket division of Schaeffler since the founding of the trading group five years ago.

Michael Söding, CEO Automotive Aftermarket, Schaeffler AG, and the management team of Schaeffler Automotive Aftermarket accepted the award from NEXUS. “Year after year we’ve followed closely how NEXUS has experienced dynamic growth, thanks to its global positioning and future orientation. Now NEXUS has regional teams on all continents, including emerging countries as well,” said Michael Söding. “We’re proud to have been part of this success story as a partner from the very start. And we are very delighted to get this Supplier of the Year award. But more importantly, it motivates us to further expand our collaboration and to take advantage together of potential business areas.”

Founded in 2014, the international trading group NEXUS Automotive International has its headquarters in Geneva, Switzerland. Globally, the company achieved sales of 18 billion euros in the past year. Currently, NEXUS is made up of over 135 shareholders and members who represent over 1,500 companies in 128 countries on five continents. During its Business Forum on 5 March 2019 in Abu Dhabi, NEXUS celebrated its 5th anniversary.