FAG Rolling Bearings in the Wheelsets,Gearboxes, and Current Collectors of the MOVIA Trains for London Underground 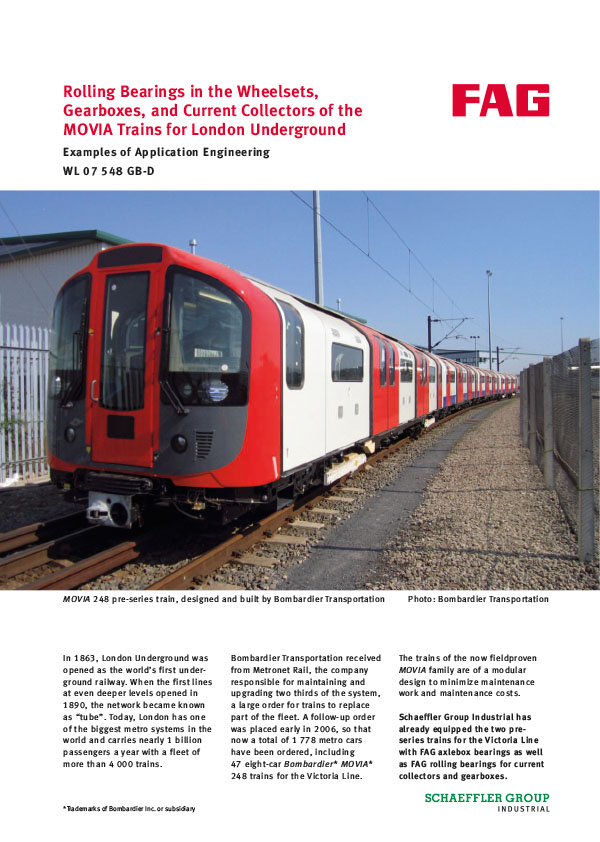 In 1863, London Underground was opened as the world’s first underground railway. When the first lines at even deeper levels opened in 1890, the network became known as “tube”. Today, London has one of the biggest metro systems in the world and carries nearly 1 billion passengers a year with a fleet of more than 4 000 trains.