Global automotive and industrial supplier Schaeffler released its new full-year guidance for 2022 today. On 8 March 2022, the Board of Managing Directors of Schaeffler AG had suspended the full-year guidance 2022 adopted on 22 February 2022, when the annual financial statements were prepared, due to the developments in Ukraine in the days following the approval of the annual financial statements. For the first quarter 2022, the following key financials are pre-released.

First-quarter free cash flow before cash in- and outflows for M&A activities was positive at 14 million euros (prior year: 130 million euros).

The new guidance is based on the assumption that the growth of the global economy as a whole will slow down noticeably and that this will have an impact on Schaeffler Group’s sales and procurement markets. The economic sanctions imposed against the backdrop of the war in Ukraine, the impact on supply chains, raw material and energy prices, as well as transportation costs have been taken into account to the existing extent until year end. Influences of the coronavirus pandemic, which has not yet been overcome, on the Group’s value chain have been taken into account at the current level. With regard to China, economic activity is assumed to normalize by the end of June 2022.

For the divisions, the guidance KPIs are the following: 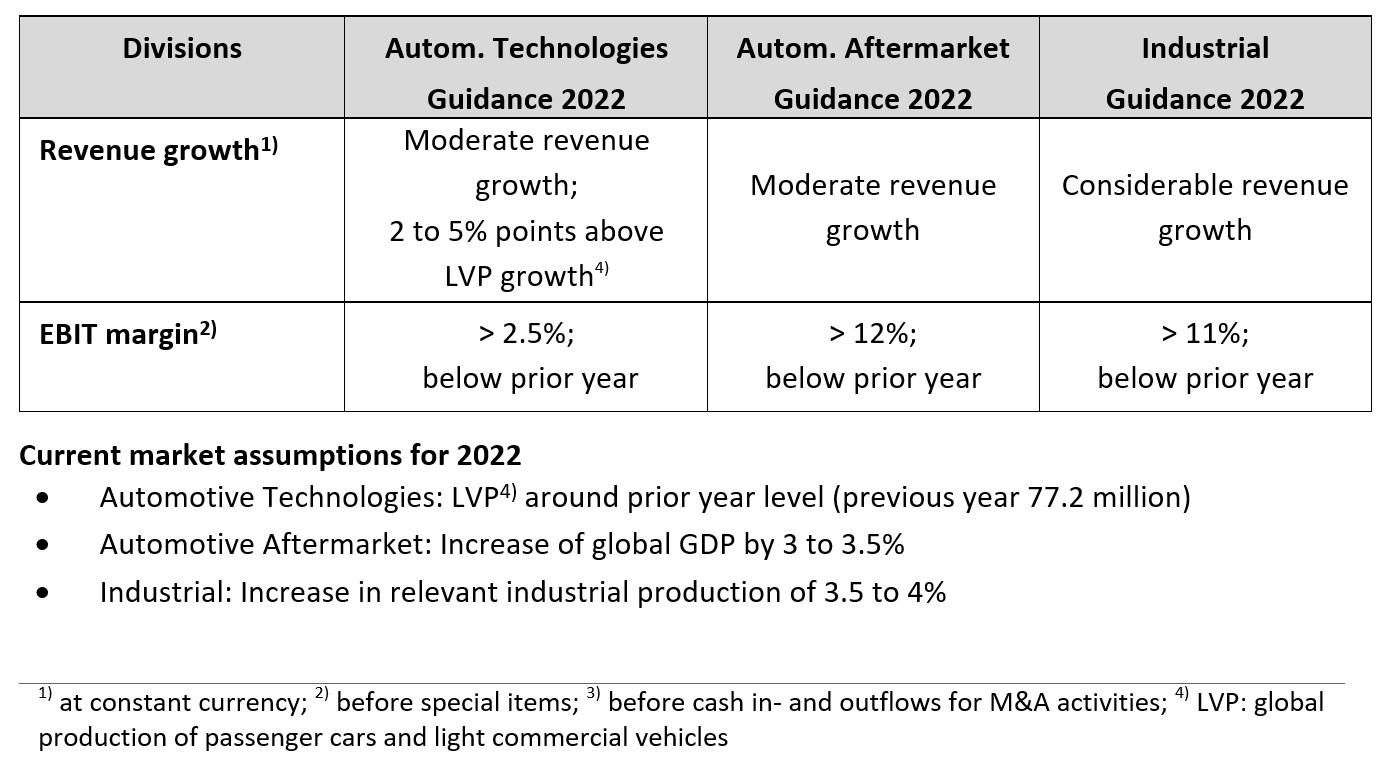 The interim statement of Schaeffler AG for the first three months 2022 as well as the detailed press and IR release and the IR presentation will be published as planned on 10 May 2022.