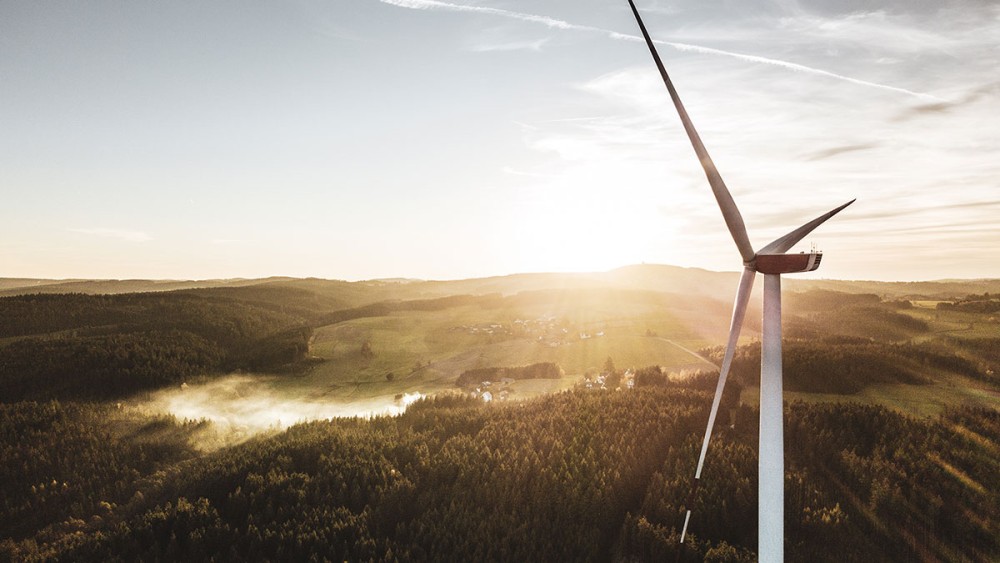 Starting in 2024, Schaeffler will purchase electricity from wind turbines with a total capacity of 18 megawatts for five years. Photo: Schaeffler

Automotive and industrial supplier Schaeffler will purchase electricity from wind turbines in the long term from Statkraft Markets GmbH, a leading international producer in the field of renewable energies. The plants, commissioned in October 2022 in Staufenberg, Hesse (Giessen district), will provide green electricity with a total capacity of around 18 megawatts for five years. Since 2020, 100 percent of the electricity purchased in Germany has come from renewable sources. Starting in 2024, the power purchase agreement (PPA) with Statkraft will perspectively cover eight percent of Schaeffler’s electricity needs in Germany. Schaeffler concluded a PPA with Statkraft back in September and has been sourcing 11 percent of its electricity requirements in Germany from two photovoltaic parks since the beginning of the year. In addition, Schaeffler acquired a photovoltaic park in December 2022 from BayWa r.e. AG in Kammerstein, Franconia, with a total peak capacity of 9.9 megawatts.

“As a company with many production sites, Schaeffler is increasing its planning security for the procurement of green power by entering into power purchase agreements with reliable partners such as Statkraft, thereby making itself less dependent on the volatile electricity market,” says Andreas Schick, Executive Board member responsible for Production, Supply Chain Management, and Purchasing at Schaeffler AG. “Through cooperations and our own sustainability activities, we are strengthening Schaeffler’s production network in the long term and confirming our commitment to achieving climate-neutral production by 2030.”

Schaeffler Relying on Renewable Energies
The topic of sustainability is of overriding importance to the Schaeffler Group and is a central component of the Roadmap 2025 corporate strategy. By 2040, the Group will have achieved climate neutrality for its own production and the supply chain. Arranging the direct purchase of wind power from Statkraft optimally complements the existing portfolio of measures focused on renewable energies. All European production sites have been sourcing electricity exclusively from renewable sources since 2021 and all Chinese sites since 2022. In addition, Schaeffler is expanding its own renewable energy generation at multiple sites.

The “Science Based Targets initiative” (SBTi) reviewed the Schaeffler Group’s climate targets and classified them as science-based in December 2022 (Scope 1, 2 and selected areas of Scope 3 upstream). They show a clearly defined path to reduce greenhouse gas emissions and are suitable for achieving the goals of the Paris Convention. At the end of 2022, the CDP’s international environmental rating also confirmed Schaeffler’s sustainability strategy with its top grade “A” for climate change and water safety.