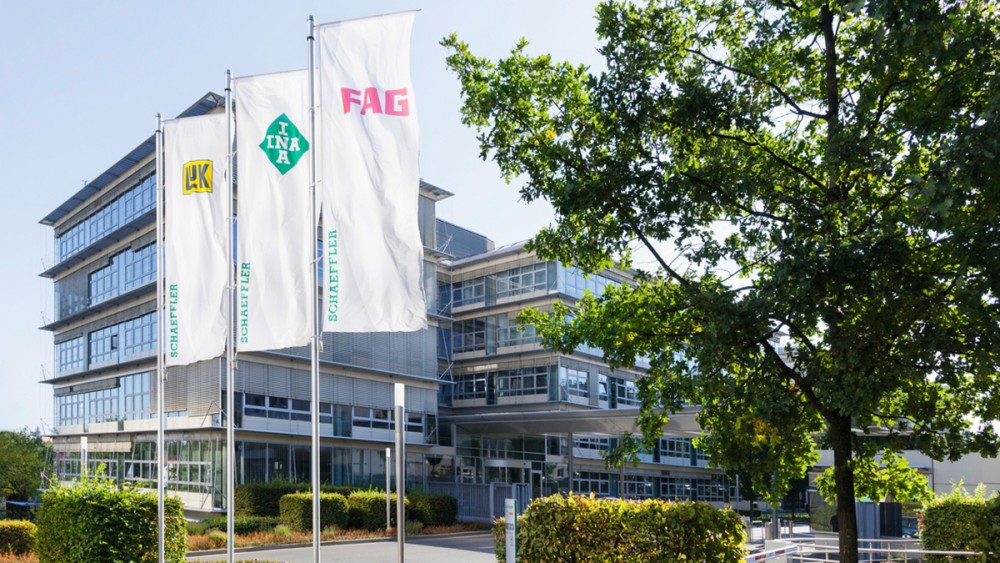 Global automotive and industrial supplier Schaeffler continues to grow profitably. It generated EUR 6.7 billion in revenue in the first six months of 2016. At constant currency, the growth rate was 2.9 percent. The company’s EBIT margin improved by 0.5 percentage points to 12.8 percent (prior year: 12.3 percent before special items). There were no special items during the first half of 2016. Net income increased by approximately 60 percent to EUR 494 million (prior year: EUR 309 million). “Our business has developed well during the first half of 2016. We are growing, and all of our relevant earnings indicators have improved,” Klaus Rosenfeld, CEO of Schaeffler AG, said on Thursday during the presentation of the half year results for 2016.

The Automotive business reported growth of 5.4 percent at constant currency compared to the prior year (+2.2 percent including the impact of currency translation), once more outpacing the increase in production volumes of passenger cars and light commercial vehicles (+2.2 percent). From a regional perspective, strong demand in Greater China and Asia/Pacific were the main contributors to the revenue increase.

In a challenging market environment, Industrial business revenue for the second quarter 2016 remained stable compared to the first quarter. This trend was due in large part to the Europe region, which generated slight growth. Revenue for the first half of 2016 declined by 4.9 percent at constant currency (-7.2 percent including the impact of currency translation) compared to the prior year period. While certain sectors, such as wind, two wheelers, and aerospace, have grown considerably, revenue was adversely affected by economic uncertainties, especially in the raw materials sector and in Industrial Distribution.

EBIT (earnings before interest and taxes) rose by 5.0 percent to EUR 859 million compared to the prior year. The EBIT margin increased from 12.3 percent to 12.8 percent. The Automotive business EBIT margin amounted to 14.3 percent in the first half of 2016 (prior year: 13.0 percent). The Industrial EBIT margin for the same period was 7.8 percent (prior year: 10.1 percent). Following 6.4 percent for the first quarter, the Industrial division’s EBIT margin improved significantly to 9.3 % in the second quarter, due, among other things, to the measures taken in connection with the CORE efficiency program.

Net income amounted to EUR 494 million (prior year: EUR 309 million). Klaus Rosenfeld commented: „We increased our net income by approximately 60 percent during the first six months. In addition to the strong operating results, this increase was also driven by the considerable reduction in financial expenses.” Net financial result improved from minus EUR 337 million to minus EUR 153 million. The prior year financial result had reflected one-time charges related to the early redemption of bonds.

At EUR 4.9 billion, net financial debt remained unchanged from year-end. The ratio of net debt to EBITDA before special items improved to 2.0 (December 31, 2015: 2.1).

The company confirmed its guidance for 2016 as a whole. „We are confident that we are well on our way to meeting our annual targets for 2016,” Rosenfeld said. For 2016 as a whole, the Schaeffler Group expects revenue growth of 3 to 5 percent at constant currency, an EBIT margin of 12 to 13 percent before special items, and free cash flow of approximately EUR 600 million.